on July 25, 2009
I've had a great week with my class this week, they have really shown me that live in a digital world. This is their space. I think I've known that for a while but I've held back because I wasn't sure if it was okay to let them loose and to be digital rather than pen and paper... what will the school community say? I'm I going to have to explain why it is so important for this change to happen in our classroom? What will other teachers say? is always in the back of my mind.

I've made one big mistake though, one of the children asked me if they could draft their work on the computer and I said no we're only planning our work then printing it out and drafting in our draft writing books so that you can edit in red pen and then conference with me on it. You should have seen the look of disappointment on his face. ARGH why did I say that! I guess it's because I have this preconceived idea that I need to check how they are editing their work and see what they are doing in their draft to be able to conference with them effectively.

Well I've been watching & listening to a few of the Shift Happens videos and ideas on the Shift Happens wikispace and I've changed my mind. If the children in my class are motivated by being able to draft and edit their work on the computer why not let them? I'll be changing their writing contract next week to ensure they are able to plan, draft and edit and publish using the computers if they wish to... the only problem is I know that almost all of my 29 students will want to do this so how do you cater for that when you only have 7 computers available?

I'm also aware that I have to assess their handwriting this term so they do need to be practicing that as well but how can I assess that if they are all doing their work on the computer? Is their still a place for handwriting? At the moment when I think about how many forms I've filled in during the last week that just had to be handwritten because they companies and people I was doing it for wouldn't accept a digital version I guess there still is a place for legible handwriting. However I don't think that teaching only handwriting is okay I think I'm going to have to be teaching some keyboard/typing what ever you want to call it skills as well. This is an area that lets quite a few children in my class down, they just don't get enough computer time at home to develop the speed they need to be able to operate at. So maybe I'll be added a keyboarding/typing activity as well.

Lots of things to think about. Would love to see your thoughts!
handwriting shifthappens writing

Wahoo! Lift off - Now What?

I've just finished my first few days with students in our new Exploration Station and it was fantastic!  There are of course plenty of things I could have done differently and a few tweaks I'll be making for the the next group of students next week but in general I'm happy with how the first few days went.

You can click here see the run down of the first day and here to see photos from the second day.

What went well?
I tried not to pre-plan too much.  I knew I wanted to look at a little bit of SHINE Online our digital citizenship resource and to try and tie in some computational thinking concepts.  The students were already quite knowledgeable about staying safe and strong online so we got to a point quite quickly where they were ready to plan an artefact to help others learn about it.

We also touched on computational thinking and computer science concepts through the story If I were a wizard.  While within this group of students there were quite a few that had been coding …

2019 Setup Begins
I've been into school a few times already this week slowly working at setting up the space I'm going to be working in this year.   The plan is to provide a specialist CRT program for every class in the school based around the new Computational Thinking and Designing and Developing Digital Outcomes areas of the Technology curriculum.
I'll also be looking at improving student's awareness of digital citizenship and providing a few experiences that will help to ensure students have a base level understanding of how to use a few digital tools.  While developing their curiosity using a Maker mindset and of course throwing in some STEAM (Science, Technology, Engineering, Arts and Maths).  So nothing too major... I'm kidding I know that's a mammoth amount of work.


These are all areas of learning I'm passionate about and I'm super keen to share that passion with students and teachers over the coming term.  It'll be interesting to see how … 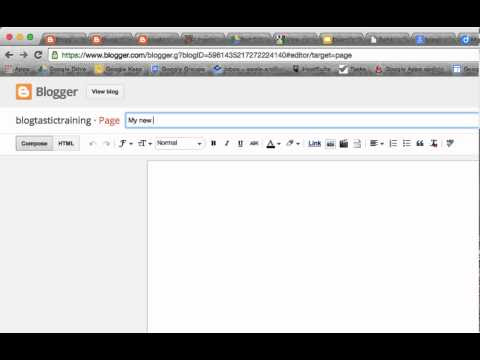 Day 4 of 20 Days to BlogTastic - Linking it Together

Phew!  Last challenge for this week...
Thanks to all of you who've stopped by this week and tried out the challenges, there have been some great blogs showcased in the comments.  Remember you can get the list of all the blogs that have been shared over the last few days here on Day 2's challenge

We're going to look making your blog a landing page for your class today - linking it to all of your digital content that you currently use and hope to use this term.

This is one of the best ways to ensure your blog becomes an integral part of your classroom and not just another add on that starts off great and then dies away.

Creating Pages
We're going to create a page for reading, writing and maths as those tend to be the big three areas teachers have digital content in.  I'd also recommend you look at creating a page for your term topic/theme/inquiry once you'…